The Tulip Is Not the Only Flower in Scripture, PDF format 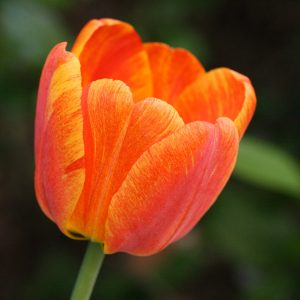 You will not find tulips mentioned in the Bible.  But TULIP is a very useful acronym, and it stands for the five doctrines which together comprise what are known as the Doctrines of Sovereign Grace.

Here are the doctrines of the TULIP:

T stands for Total Depravity;
U stands for Unconditional Election;
L stands for Limited Atonement, or Particular Redemption;
I stands for Irresistible Grace, or Effectual Calling;
P stands for Perseverance of the Saints.

This acronym is most helpful.  It enables one to easily bring to remembrance these scriptural doctrines.  Man is totally depraved, dead in trespasses and sins; but God, in eternity, elected a definite number of the human race to salvation, and did so unconditionally, meaning His election was not conditioned on anything foreseen in men, but was by His free grace alone; Christ died only for the elect, and so in this sense His atoning death was limited; each one of the elect is drawn, by God’s irresistible grace, at the appointed time, to Christ for salvation; and the elect, having been saved by the Lord, are never again lost, but persevere to the end of their lives.

These are precious truths; scriptural truths.  And let me be quite clear: I love these doctrines of grace as much as any believer does.  I believe in them with all my heart.  I preach them.  But even so, and as precious and important as these doctrines are, the TULIP is not the only flower in Holy Scripture!

Of course it is essential that the false doctrines of man’s supposed “free will” –  the doctrines known as Arminianism –  need to be firmly opposed, and the scriptural truths known as the doctrines of grace need to be fully and frequently proclaimed; but as important as these scriptural truths are, they are not the only doctrines in the Bible.  Yet in some circles they are treated as if they are.  More is written about them, and more is said about them, than any other scriptural doctrines, by those who reject Arminianism; and one is left to assume that many preachers and writers are under the impression that there are no other doctrines in the Bible!  Or at least, that there are no others so worthy of their notice.

But the fact is that the five doctrines which are known as the doctrines of grace are not the only doctrines in the Bible!  And there is a great danger, into which many have fallen, of thinking that the proclamation of these doctrines is the proclamation of “the whole counsel of God” (Acts 20:27); that these five doctrines are essentially all there is to “the faith which was once delivered unto the saints,” for which we must contend (Jude 3).  This is a great error with serious consequences, but tragically it is one which many make.  There are many who can wax eloquent about the doctrine of Election, who are unable to properly expound, explain or defend such doctrines as (to name just a few) Justification, or the Trinity, or Christ’s eternal Sonship – all of which, among various others, are doctrines just as important as the doctrine of Election. 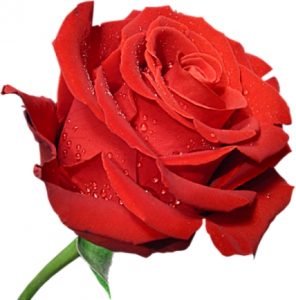 The “whole counsel of God” (Acts 20:27) is not the TULIP!  There are believers who are so busy studying this TULIP, dissecting it, exclaiming about its beauty, etc., etc., that they do not fully see “the rose of Sharon, and the lily of the valleys” (Song of Sol.2:1)!  The Lord Jesus Christ Himself is the rose of Sharon and the lily of the valleys – a rose for His beauty and His blood, a lily for His whiteness or purity – and He is the centre of the doctrines of grace; but there is so much more to be known about Christ than is revealed even by the doctrines of grace!  And yet there are those who seem to want to hear nothing more, learn of nothing more, than these five doctrines. 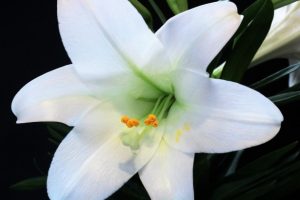 Many who can speak eloquently of the doctrine of Election can say little about such glorious truths as the divine and human natures of the One who is “altogether lovely” (Song of Sol.5:16), “fairer than the children of men” (Psa.45:2); or about the names and attributes of the thrice-holy God; or about the relationship between the three divine Persons of the Trinity; or about the Incarnation of Christ; or about His active and passive obedience; or of His ministry as Prophet, Priest and King; or about Justification by His imputed righteousness; or about the vital doctrine of Sanctification.  They can say little about these and many other precious truths, because they have not been taught: the books and magazines they read, and the sermons they hear, are full of Predestination and Election, but often almost devoid of other biblical truths. Christ Himself is “the plant of renown” (Ezek.34:29), and yet to hear many speak, one would think they believed the TULIP acronym to be this plant.

Yes, the TULIP is a very important “flower” in Holy Scripture, but there is much more to Scripture than this TULIP.  Consider the following, to put it into perspective:

As Ronald Cooke, in his book, Understanding the Sovereignty of God: Paralysis or Power? correctly says: “When one looks at the whole gamut of theology it helps him to keep a better perspective of the various branches of theological studies and see how they are all interrelated.  Rather than emphasizing, all out of proportion, one small area to the exclusion of all others.  He aims for a full-orbed theological system.  In fact, this is the value of the study of theology.  Not to go out on some limb and chop it off; but to get some perspective of the vastness of the subject, by which we crucify the tendency to monomania, and keep a balance between theory and practice.” (pg.28).

Now, it is true that not all aspects of Christian doctrine deserve equal emphasis.  What the Bible says about angels, for example, while of course very important, is not something that needs as much emphasis as what the Bible says about how sinners may be saved from their sins.  And the doctrines of grace are most definitely a part of the doctrine of Salvation, and therefore ought to be emphasised more than certain other doctrines.  But again, the other parts of the doctrine of Salvation need emphasis – yet frequently do not get it in the books and sermons of the day.  What do Christians, knowledgeable about the TULIP, know about the other great doctrines of the faith?

And then there is the doctrine of God Himself, in His three Persons.  This is a doctrine which deserves immense emphasis at all times, for it is the LORD who saves us, and false views about the Lord will lead inevitably to false views about salvation.  And yet, why is it (for example) that in many circles a man can deny the doctrine of the Eternal Sonship of Christ, and yet be received as orthodox, because he happens to hold to the doctrines of grace?  Here is the reason: it is because so many who can wax so eloquent on the doctrines of grace are thoroughly ignorant of the doctrine of the Eternal Sonship of Christ – a truth that is absolutely vital to proper views of the Trinity, and therefore of salvation itself!

You cannot pick and choose, brethren!  You cannot spend all your time studying the doctrines of grace, and yet remain ignorant of so many other precious and vital doctrines of the faith.  The TULIP is not the totality of Scripture!  This is not knowing, or holding to, “the whole counsel of God”.  It is merely latching on to one aspect of divine truth and saying, in effect, “I understand this, I love this, and I’m satisfied with it.  I’m content.  I’ll delve no deeper.”

There is an abysmal ignorance in our day among professing Christians about so many aspects of biblical truth – so many doctrines of God’s Holy Word.  The teachers often do not move much beyond the doctrine of Election, leaving the flocks under the mistaken impression that if they understand Election, they understand all that really matters.  How wrong they are!

Election is NOT the entire Bible!  And for this reason it should NOT be virtually the only doctrine which men preach, or delight in.  The Lord Jesus Christ gave this commission to His servants: “Go ye therefore, and teach all nations, baptizing them in the name of the Father, and of the Son, and of the Holy Ghost: teaching them to observe all things whatsoever I have commanded you” (Matt.28:19,20).  Paul said to the elders of Ephesus, “For I have not shunned to declare unto you all the counsel of God” (Acts 20:27).  The doctrine of Election is found on page after page of the New Testament, but even so it is not the only doctrine found there, and while it must be taught, taught often, and taught fully, it must not be taught solely!

As important as it is, the TULIP is certainly not the totality of biblical doctrine, and those who desire to speak, or hear, about little or nothing else reveal that they are doctrinally shallow and spiritually immature.  The Bible is an inexhaustible mine of truth, and the children of God should delight in searching out its manifold treasures, and not confine themselves solely to certain favourite topics, no matter how important and precious these are.

Shaun Willcock is a minister, author and researcher.  He runs Bible Based Ministries.  This pamphlet was first published in 1998, and slightly revised in 2019.  For other pamphlets (which may be downloaded and printed), as well as details about his books, audio messages, articles, etc., please visit the Bible Based Ministries website; or write to the address below.  If you would like to be on Bible Based Ministries’ email list, please send your details.