The Bishops Dilemma – What to Do About Joe Biden, PDF format

Throughout his presidential campaign Joe Biden presented himself as a “devout Roman Catholic”, going to mass regularly, praying the rosary, laughing with nuns.  He has boasted of being devoted to the Mexican Mary-idol, “Our Lady of Guadalupe”,[1] and he once said, “The next Republican that tells me I’m not religious, I’m going to shove my rosary beads down their throat.”[2]  He has been hailed as “America’s second Roman Catholic president” (after John F. Kennedy).

END_OF_DOCUMENT_TOKEN_TO_BE_REPLACED

The Jesuits Ecstatic Over the Fraudulent Biden Victory, PDF format

This article will not delve into the immense and blatant fraud and corruption which occurred in the 2020 presidential election in the United States, which produced a hasty, prematurely-announced, phony “victory” for Joe Biden over Donald Trump.  There are innumerable articles exposing this, and anyone who thinks that Biden won freely and fairly has been duped by the lies and propaganda of the lamestream media.  Trump was the runaway victor.  Biden “won” only by massive cheating on a scale never before witnessed in America.  This stolen election has changed America for the worse, possibly forever.  Its electoral process is now the same as that of any Third World, corrupt African dictatorship.  For sheer scale and brazenness, it is far worse. END_OF_DOCUMENT_TOKEN_TO_BE_REPLACED

It is not my intention to analyse all aspects of the “Black Lives Matter” (BLM) Communist revolution in this article.  Things are moving so rapidly that we have to pick our battles.  Fortunately the purpose of the BLM movement has been documented and exposed by many investigators, and many of its backers have been exposed as well.  It has been shown to be a Communist revolutionary movement.  This is now well known among large numbers of political conservatives, and is even now quite well known among many of the dupes of these sinister organisations themselves.  Not universally known, of course, for most of those caught up in these violent anarchic activities are merely pawns of their Red masters, the unthinking, dumbed-down cannon fodder of the revolution.  But at least some now know that it is nothing less than a Communist-directed, militant, violent revolutionary organisation aiming to destroy the old, Capitalistic order, conservative and semi-conservative leadership, law and order, morality, real factual history, and if possible western civilisation itself, and to install a Communist, anti-family, anti-Christian government wherever possible. END_OF_DOCUMENT_TOKEN_TO_BE_REPLACED

The Jesuit Plan to Change the RC Institution, PDF format

The Jesuit pope Francis I, and the Jesuit Order, are following a careful plan to radically change and reshape the “Church” of Rome: to modernise it and make it more acceptable to the world, even though this necessitates altering or re-interpreting various long-accepted Romish doctrines and practices. END_OF_DOCUMENT_TOKEN_TO_BE_REPLACED

Jesuits on the Big and Little Screens in 2017, PDF format

With a Jesuit sitting in the seven-hilled city as Pope Francis I, and the Jesuit Order holding the Vatican in a grip of iron, the Order is on top of the world, riding a wave of global power and authority and enjoying celebrity status.

The pontificate of Francis I is the reign of Jesuitism.

END_OF_DOCUMENT_TOKEN_TO_BE_REPLACED

His name is Arturo Sosa, and he was elected to be the new Superior General of the Jesuit Order.  As such, he is now the leader of the world’s Jesuits.  They met in Rome in October to elect him, after his predecessor, Adolfo Nicolas, resigned after reaching the age of 80.

To most, one man replacing another as Jesuit general would mean little, if anything.  Just another election of a leader of a religious order within the Roman Catholic institution.  But to those who know the true history of the Jesuits, and their modus operandi, any election of a new Jesuit general is of immense importance.  And this becomes of incalculably more importance, when the pope of Rome himself is a member of the Jesuit Order!

END_OF_DOCUMENT_TOKEN_TO_BE_REPLACED 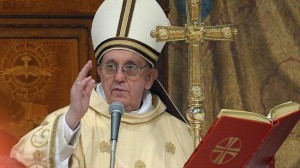 On 13 March 2013 a Roman Catholic cardinal from Argentina, Jorge Mario Bergoglio, was elected by his fellow-cardinals as the new pope of Rome, the official head of the most powerful religio-political institution on earth.  He took the name of Francis I. END_OF_DOCUMENT_TOKEN_TO_BE_REPLACED 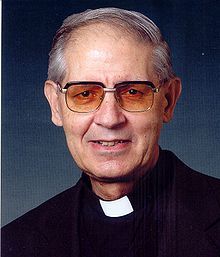 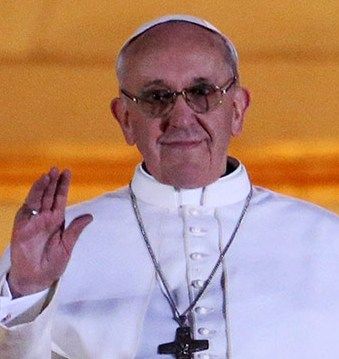 END_OF_DOCUMENT_TOKEN_TO_BE_REPLACED

In January 2008, the Jesuit Order elected its new Superior General. He is a 71-year-old Spaniard, Adolfo Nicolás, and he succeeds Peter-Hans Kolvenbach, who presented his resignation to the pope of Rome after leading the Jesuits for almost 25 years. END_OF_DOCUMENT_TOKEN_TO_BE_REPLACED